Established in April 2004, the primary aim of Christie Residential is to assist buyers and sellers, landlords and tenants with their property requirements by providing sound advice and first rate customer service in and around the Abergavenny, Crickhowell and the surrounding areas. Over the years we have gained an excellent reputation for delivering impressive results and exceeding our clients’ expectations.

We fully understand that in this competitive marketplace everyone has a choice but are confident that Christie Residential are the right choice for you and here are just a few reasons why: 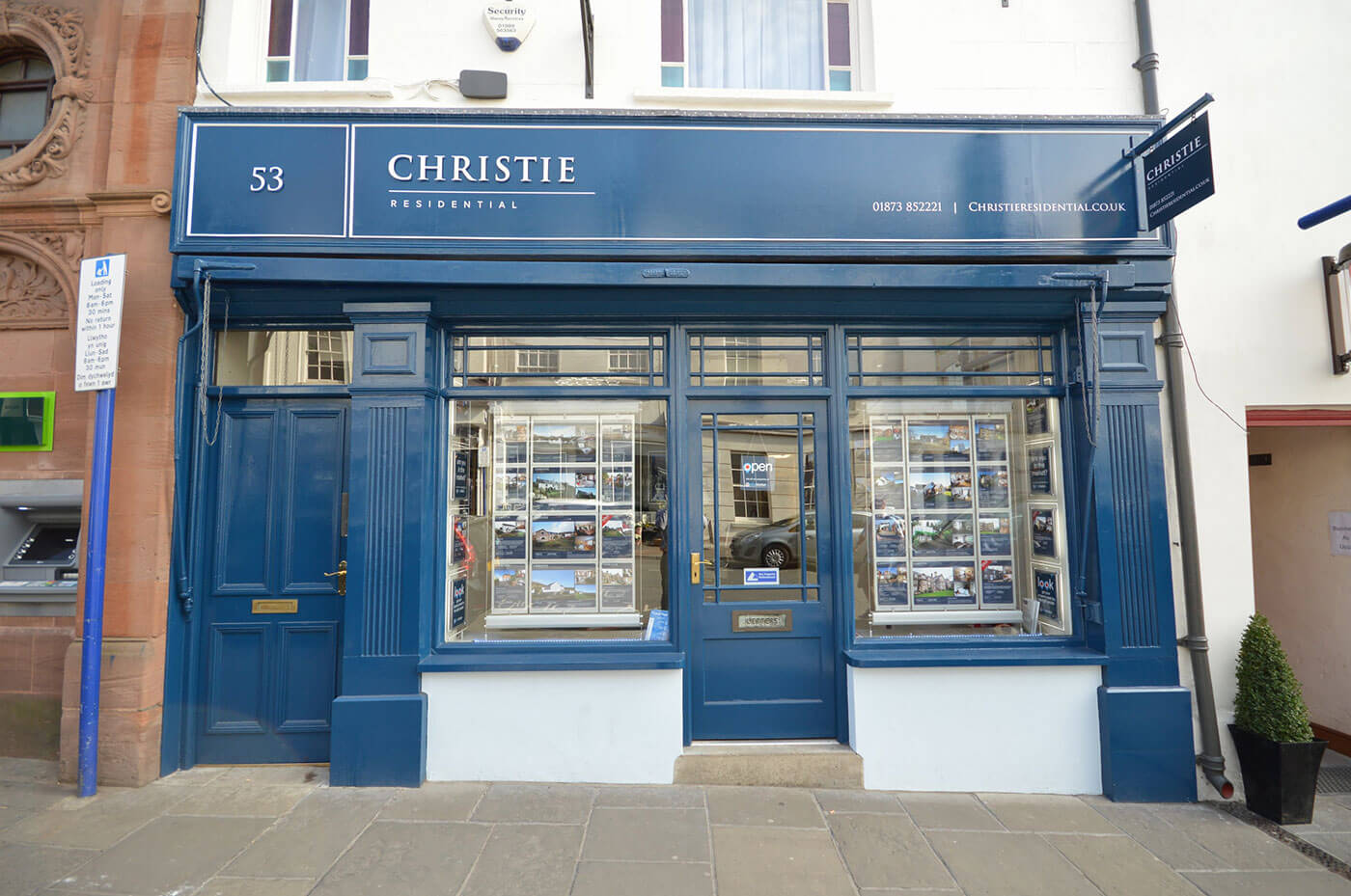 And here’s a little more about us

Philip has spent well over 20 years in estate agency, commencing back in 1981 with a family-run business in his native Kent and then with a national corporate chain before branching off into other property-related business areas. In 2004 Philip returned to front-line estate agency and set up Surehomes Estate Agents in Abergavenny before rebranding to Christie Residential in 2014. With the core values of providing straightforward, honest advice allied to integrity, Philip and his team are passionate about helping people navigate the onerous task of moving home with the minimum of fuss. Whilst sport, music & good food all feature in Philip’s life away from work, they are all very much second place in the pecking order behind spending quality time with his teenage daughter Megan and grown-up son, Jordan.

Brychan has worked in the industry since 2002, cutting his teeth in a busy estate agency in North West London before moving back to Wales, taking up his role with the company as Sales Manager in August 2010. He has a professional ethos based on hard work and professionalism, and a belief that estate agency is above all about people. Brychan was promoted to Branch Manager in 2015. He spends his spare time with his family, wife Rhian and sons Gruff and Elis. He is a failed musician with a highest chart position of 127 and currently plays bass with his band, Burning Ferns.

Nick has recently joined the company, but has worked in Estate Agency for nearly 30 years. He started his career in Central London and brings wide and varied experience to Christie Residential, having been Managing Director of an independent estate agency dealing with the acquisition and reselling of top end residential property in and around the bright lights of the West End. On returning home to Wales, Nick would describe himself as a down to earth agent, that hugely enjoys negotiating the challenges of the current sales market and the diversity of the people and property in his new territory. Outside of work, Nick can be found wandering the various local mountains with his dog, Lola, and spending quality time with his family.

Beverley is the latest addition to our tight knit team. Beverley has recently returned to her native Wales after spending many years in South Africa. Beverley has more than 10 years’ experience in real estate under her belt, she is passionate about property, prides herself on her communication skills, attention to detail, commitment to superior customer service and is very keen to get involved in the property market in Wales. Family is what Beverley is about and she has relocated to Wales alongside her daughters Kim and Jade and grandchildren Dylan and Isla.

Lucy has been with the company since 2009 and in total has been working in estate agency since leaving school. In her role as Property Administrator, Lucy provides vital support to both the Sales and Lettings Departments. Lucy would like to think of herself as an organized, hardworking member of the team. Happily engaged to Damian, with a young son, Ioan and expecting their second child this summer. During Lucy’s spare time she spends it with her family, whether that’s going on adventures or chasing her son around a play centre!

Lorraine joined Christie Residential in November 2020. She had previously worked Managing Local Authority and Social Housing for the majority of her working life. This will be her first foray into a commercial housing operation. She is looking forward to a great learning experience and utilising her skills to provide the best customer experience. Her role will be to support her colleagues in whatever they need. Outside of work Lorraine enjoys keeping fit by walking and stepping. She also spends time with her daughter and three grandsons.